All About Diffraction Gratings

Diffraction gratings are optical components critical for a wide variety of applications including spectrometers, other analytical instruments, telecommunications, and laser systems. Gratings contain a microscopic and periodic groove structure - which splits incident light into multiple beam paths through diffraction, causing light of different wavelengths to propagate in different directions. This makes the function of diffraction gratings similar to that of dispersion prisms, although the prism separates wavelengths through wavelength-dependent refraction instead of diffraction (Figure 1). For a discussion of the differences between diffraction and refraction, please visit our Optics 101: Level 1 Theoretical Foundations application note. Light incident on a grating is diffracted following the grating equation:

m is an integer value describing the diffraction (or spectral) order, λ is the light’s wavelength, d is the spacing between grooves on the grating, α is the incident angle of light, and β is the diffracted angle of light leaving the grating. Constructive interference of different diffractive wavefronts occurs at integer multiples of the wavelength, which is why “m” appears in Equation 1. m defines the diffraction orders, where diffracted angles m = 1 are considered to be “1st order” diffraction, angles where m = 2 are considered to be “2nd order” diffraction, and so on (Figure 2). If m=0, light is either directly reflected off the grating or transmitted through it, depending on if it is a reflection or transmission grating, and this light is considered the “0 order” diffraction. Opposite of dispersion prisms, the lower wavelengths are always closer to the directly reflected or transmitted light, in this case the 0 order. There will be some overlap between different orders. All angles are measured from the grating normal incidence (perpendicular to the grating). A grating’s groove pattern, or the spacing between grooves (d), determines the angles at which different orders are diffracted. In some situations, the groove spacing may be designed to vary across the grating for different levels of diffraction across the part. The grating’s groove profile, on the other hand, describes their shape and determines how much light is diffracted and how much simply reflects off of, or transmits through, the grating. Efficiency charts are used to characterize the percentage of light that will be diffracted at each wavelength. Efficiency will be unique for different polarization states, so efficiency charts usually show different curves for both s- and p-polarization. Metallic or dielectric coatings are often added to gratings to make them reflective and/or increase efficiency.

What Should You Look for When Choosing a Grating?

Groove density, or frequency, is typically specified, and this is the inverse of the groove spacing (d). A key property of the optical system is its level of dispersion, but this depends on both the properties of the grating and how it is used. A grating itself cannot be given a specification detailing how a certain amount of rotation corresponds with a certain separation of wavelengths without knowing other system details. A grating’s resolving power may also be specified, which is related to the system’s spectral resolution. However, this resolution depends on both the grating and the system’s entrance and exit slits. The grating’s resolving power (R) is dependent on the spectral order (m) and the number of grooves under illumination (N):

There are often so many grooves under illumination that the entrance and exit slits are the limiting factors for system resolution, not the grating. Efficiency curves may also be useful for verifying the level of diffraction across all wavelengths that will be used in the application.

Gratings should be at least as large as the incident light cone or beam, or else light from the edges will be lost. Therefore, a grating should always be underfilled to prevent stray light from bouncing around the system and creating false signals. Echelle gratings feature a higher groove spacing, or lower groove density, than other gratings, typically by around a factor of 10 but sometimes as high as a factor of 100. Illuminating an Echelle grating at a high angle of incidence (α) will result in high dispersion, resolving power, and efficiency with a low dependence on polarization. These gratings are ideal for situations where high resolution is needed, such as sensitive astronomical instruments and systems striving for atomic resolution.

All of the above grating types can again be broken down into plane (or plano-) and concave gratings, which describes their overall shape. Plane gratings are flat and much more common. If their grooves are straight and equally spaced, the grating is flat, and incident light is collimated, all of the diffracted light will be collimated. This is beneficial in many applications because the focal properties of the system are wavelength independent. Plane gratings also generally reduce system complexity compared to concave gratings. Concave gratings are curved and therefore either converge or diverge light. This can be useful for reducing the total number of optical components needed in a system, but the focal properties of the system will be wavelength-dependent.

Gratings are used in a wide variety of different applications, but common systems include:

Monochromators use concave or plane gratings along with concave mirrors to select a narrow wavelength band out of incident light. If a white light source is incident on one of these devices, they can filter out all wavelengths except for the intended narrow output band. Figure 5 demonstrates how monochromators rotate gratings so that different wavelengths are allowed to pass through an exit slit, while all other wavelengths are blocked. Spectrographs split up wavelengths from a broadband light source just like monochromators, but they have no moving parts. Instead, all separated wavelengths are imaged simultaneously on a detector array (Figure 6). Each wavelength is imaged to a different set of pixels, allowing the device to determine the amount of each wavelength present in the broadband source. Spectrographs are often used when a quick analysis of a spectrum is needed, as time is saved by eliminating the need to scan different wavelengths across the detector. Laser pulses with short pulse durations, like those from ultrafast lasers, often have high peak powers that can damage sensitive optical coatings and components. To avoid this, sometimes a pair of diffraction gratings is used to stretch out a pulse, increasing its pulse duration and reducing its peak power. Then this stretched pulse can go through an optical amplifier and have its power increased without damaging any optical components. Another grating pair in the reverse configuration can then compress the pulse duration after the amplifier, resulting in a short, high power pulse at the target (Figure 8). 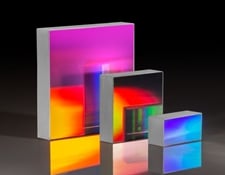 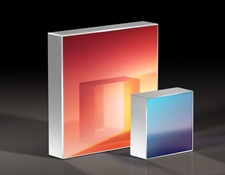 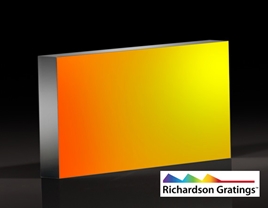 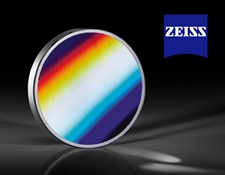 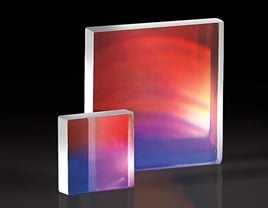 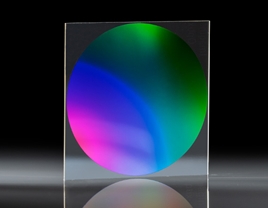